*The VIXEN site has been updated - Check it out http://www.vixenrock.com for info on EMI's re-release of the 1st 2 VIXEN albums AND for the dish on the VH1 Bands Reunited & Backstage Pass episodes VH1s RockOnTV - the ultimate guide to music on television:. http://www.rockontv.com for continuing show times.

Donatella "Under the Moon" is still all over the place - most recently on Pepperdine University ads www.donatellamusic.com

Donna E & Stacy have been writing together & are both working on SOLO projects...stay tuned for more on those projects...

We still have a hard time keeping track of Jackie...now she's relocated to Arizona... 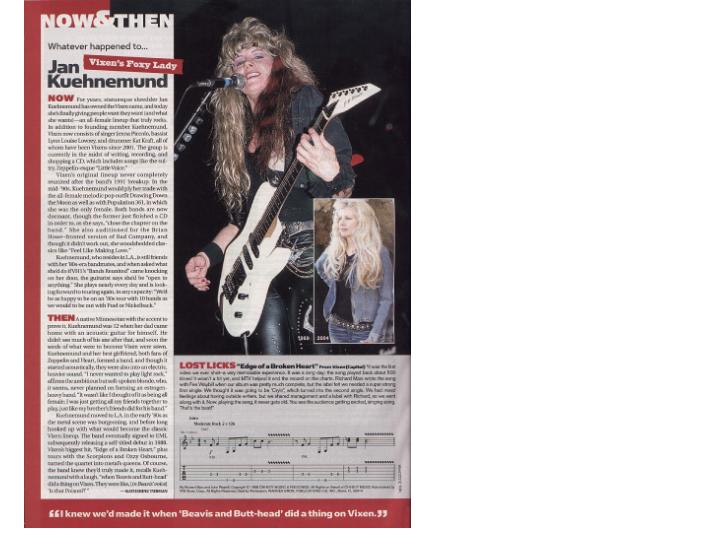